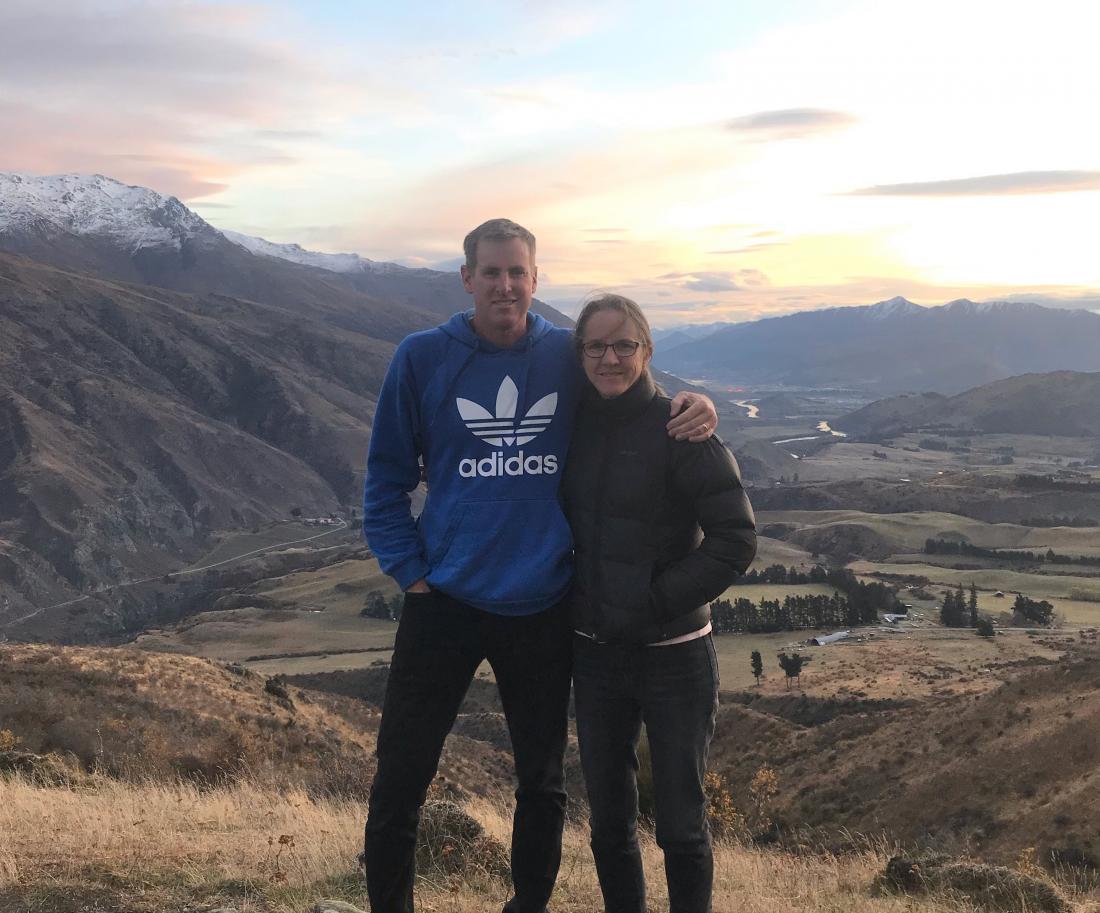 On Saturday 14 May, 52-year-old Russell Engelke will complete another milestone on his journey to recovery after suffering a double stroke less than two years ago.

The Hastings resident is no stranger to long distance events, previously running several marathons and ultramarathons, as well as once completing 21 half marathons in one year. But after his double stroke, taking on 21.1km’s at the New Zealand Sotheby’s International Realty Hawke’s Bay Marathon might be his most significant effort to date.

Sixteen months ago, Russell was playing in a touch rugby game when a split-second decision to make a try-saving dive sent him sprawling headfirst into a fence post. The collision tore the vertebral artery in Russell’s neck, causing internal bleeding and immediate clotting that triggered an acute stroke.

“I had to make a decision, do I go for a full body dive and while sprinting to try and ankle tap a guy and save a try-winning moment or do I play it safe,” said Russell. “And of course I went for it, I ankle tapped the guy and we both rolled, and I went head over heels a few times and headfirst into a fence post, which was not ideal at that age, 50 at the time.”

Russell was rushed to hospital where it was touch and go for a while as to how he’d come out of the accident. He was given a CT scan and put on blood thinners, which seemed to stabilise his situation and was sent home a few days later.

However, Russell later suffered a follow up stroke called a transient ischemic attack (TIA) which was unfortunately far worse than the initial one.

“With the TIA, for a day I sat in a wheelchair in the Emergency Department with a drooped mouth and eyes that were unable to focus, an unpleasant prospect for the future,” said Russell.

Since then, Russell has embarked on a road to recovery. Due to the significant trauma associated with this type of head injury – which an MRI confirmed as a vertebral artery dissection (VAD) – Russell’s neurologist and doctor set out a steady return to work and exercise plan.

“Over the last 16 months, I’ve just been in a bit of a recovery stage,” said Russell. “The prescribed response is to take your blood thinners, which I’m on for life, and just go easy on yourself for the first year because it’s a significant, life-threatening head injury, so basically that means avoiding high levels of stress and mental fatigue. Their way of doing that was a phased return to work process, at first 12 hours, then 20 hours, 32 hours and finally back up to 40 hours a week.

“Now I’m back to 40 hours a week and exercising again. My wife and I just walked the Tongariro Alpine Crossing about a month ago. It’s just part of getting back and taking small incremental steps to recovery,” he said.

On Saturday 14 May, Russell will walk the La Roche Posay Half Marathon course at the Hawke’s Bay Marathon with his wife, Ruth. Russell says he’s excited to be involved in another event once more, something he hopes to share with his daughters some day in the future.

“Two years ago during the first lockdown, around Easter 2020, my two daughters and I were running every day and building up to run the Hawke’s Bay Marathon. I just wanted to share that side of life because I've been fortunate to compete in running, swimming, cycling, kayaking events,” he said.

“I’ll be honestly thrilled to get across the finish line and it’s just another one of those bucket list items to tick off, the Hawke’s Bay Marathon. In the context of what I have done before it’s small fry, but it’s a currently significant milestone at this point in time for me. It will help me feel a little bit more normal.”