Napier woman embraces running after losing half her bodyweight 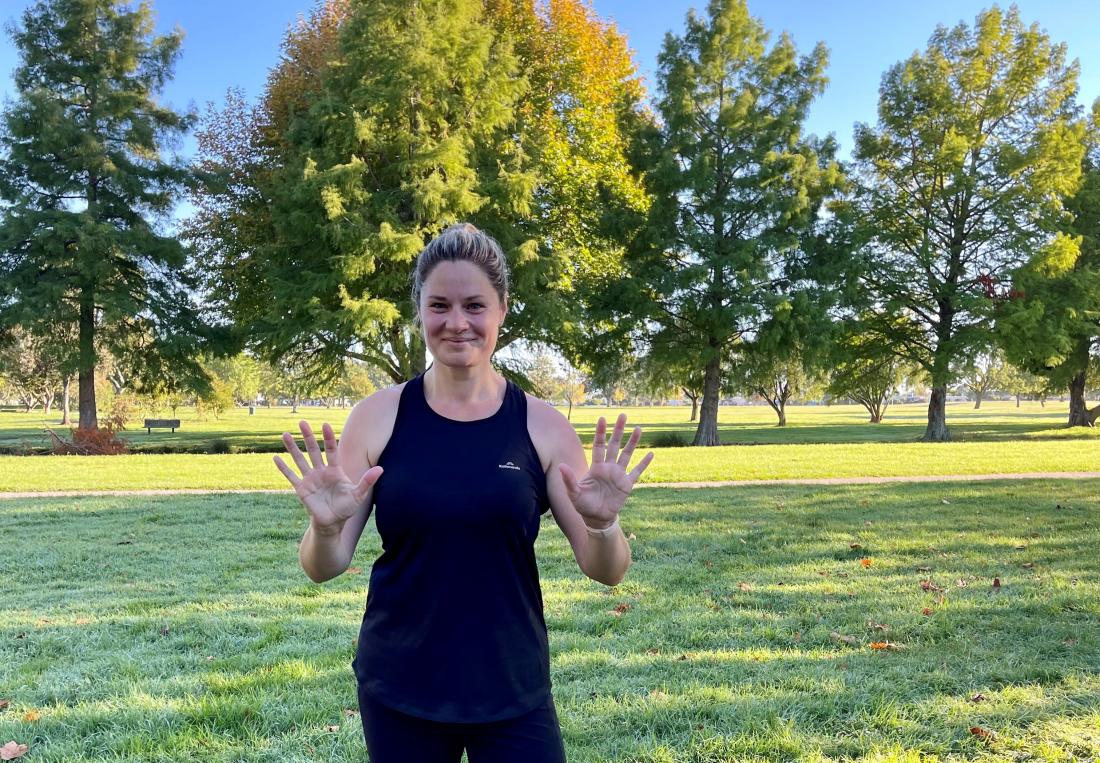 When Napier’s Kate Cormack lines up for the 10km event at the New Zealand Sotheby’s International Realty Hawke’s Bay Marathon on Saturday 14 May, it will be another chapter in her transformative journey from obesity to a healthier and happier life.

Nearly two years ago, a then 35-year-old Kate reached a tipping point in her life – she was morbidly obese, topping the scales at 140kg, and was struggling physically to move because of her weight.

She knew that if she didn’t do something about it, and fast, she might not live to see her forties. And so in November 2020, she underwent last-resort gastric bypass surgery, having previously tried everything within her own power to lose weight.

“I decided to have surgery after I’d got to the point in my life where I was struggling to walk upstairs to my bedroom, and I was struggling to walk my dog on the route we always went and suddenly I felt like I kept having to cut a few blocks out because it was getting physically really hard. I could only see it getting worse because I was able to put on weight really quickly,” said Kate.

“I was morbidly obese, so I just felt like if I don't do something to change this now, it actually felt quite life and death, and for someone in their thirties that's quite scary.”

For most of her life, Kate had a difficult relationship with exercise. The most she could manage pre-surgery was a dog walk, and she says even those were getting shorter by the day. But after having surgery and watching the weight fall off, everything changed – Kate had so much more energy and she was excited to get moving and see what her body was capable of.

Kate joined a gym six weeks post-operation, started working out often and began to experience a radical difference in her physical health. Her friends then suggested she take up running with her newfound energy and confidence. Though reluctant at first having never run more than a kilometre in her life, in July 2021 she attended her local parkrun and first-ever 5km.

“At that point I could probably only jog for about a kilometre, and although I had been working out so was feeling a bit more mobile, I thought there was no way I could run 5km,” said Kate. “But I turned up for the first time in July last year and I thought I'd just try and run the first lap and walk the rest, and I'll probably come last but it doesn't matter, it's just about turning up and giving it a go, and my friends will be so proud that I've given it a shot.

“So I started jogging and then I just didn't stop jogging and before you knew it, I'd actually run the 5km in about 40 minutes and I literally just started crying because I just couldn't believe that I had run that far, I can't believe I wasn't last. And then I just didn't stop. I was just shocked at my own newfound ability to move like that, and it was like wow, such an incredible feeling.”

“It's a complete change, you actually have to do a lot of the work,” she said. “The weightloss surgery is a tool that definitely helps you physically, but you still need to do the work mentally, so it's just a lifestyle change, making constant good or better decisions for myself each day.

“I found exercise a really amazing way to create a cycle, when you go for a run and you have the high of the endorphins after and feel amazing, it encourages you then to make a good choice for dinner to fuel your body and pick nutritious foods.”

In the spirit of pushing new boundaries, Kate decided she wanted to sign up for a race and landed on the idea of doing the Havana Coffee 10km at her local event, the Hawke’s Bay Marathon.

Though the 10km is still a scary prospect for someone who only took up running for the first time in their life less than a year ago, Kate says she’s proud of how far she’s come and can’t wait to hit the start line on Saturday 14 May.

“It did feel quite overwhelming to think about running 10km, because at the time I felt like I was pushing myself to get to the 5km, but I just thought this is a really cool goal, so I signed up when entries first opened,” she said. “I just wanted to experience this as well and show I can do this. It's been a good goal point to know that in May I would be doing this in front of everybody.

“I think I’ll just feel such a strong sense of achievement and so proud of how far I’ve come, but also very emotional. I think I’ll cry. Just being with a crowd of people, surrounded by friends who have encouraged me this whole way, it’s going to be a pretty amazing day.”

Finishing the Havana Coffee 10km will be a momentous achievement for Kate who is now 65kg lighter than 16 months ago, but it’s by no means the end of her quest for a healthier and happier lifestyle. She says her new outlook leaves her feeling like she could eventually conquer anything.

“I almost feel when I'm running now, I feel like I'm running into my future,” said Kate. “It's opening up all these possibilities and doors that I never thought I'd run through. Even the idea that I'd cross the 10km mark, that leads me to think, 'does that mean I could run a half marathon next?' And that's mind-blowing for somebody who just a few years ago was 140kg and could hardly walk one lap around the park.”