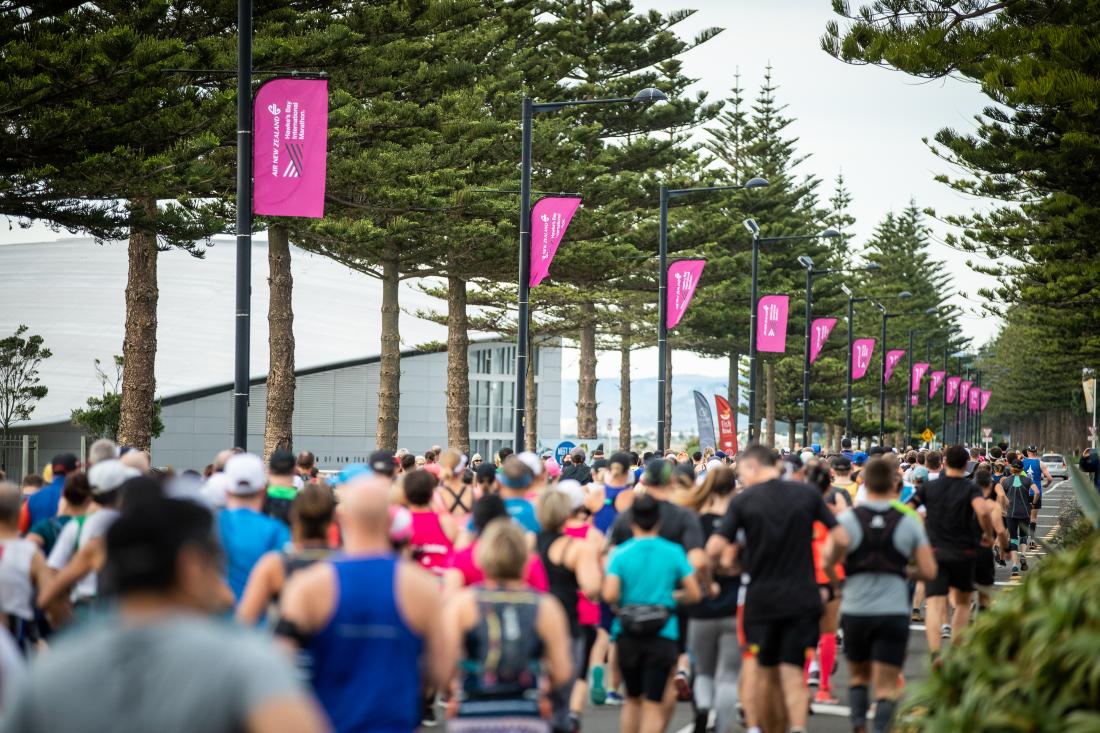 Organisers of the 2019 Air New Zealand Hawke’s Bay International Marathon are looking to leave a legacy in the local community, one that lingers long after the thousands of domestic and international visitors have been attracted to sample the delights the region has on offer, on and off the hard packed running trails.

That legacy will be achieved in part through a new partnership with Hawke’s Bay Foundation, with the local organisation named an official charity partner to the 2019 event, in a move that will boost the profile of the Foundation and the work they do in the region – as well as raise funds for the many worthy causes they in turn support.

Race Director Adam McDonald is delighted to be partnering with an organisation close to the hearts of those in the Hawke’s Bay region.

“Leaving a legacy is important to us as event organisers and this is a wonderful opportunity to partner with the Hawke’s Bay Foundation, a charitable partner that has the welfare of the people of Hawke’s Bay at the centre of its goals and objectives,” says McDonald.

“Through the popularity of the Air New Zealand Hawke’s Bay International Marathon we aim to help build the profile of the Hawke’s Bay Foundation and indeed help generate further donations to enable them to do the amazing things they do in the local community and with other charities.”

Linda Calder, Development Manager for Hawke’s Bay Foundation says they are excited to be selected as the ‘charity of choice’ for the Marathon.

“This is an exciting opportunity and we hope our presence at the marathon will help raise awareness about what we do.”

Hawke’s Bay Foundation is a charitable trust that receives donations and bequests from individuals, families and businesses. These funds are pooled and invested for the long-term, with the interest being used to provide grants to local community organisations. Since 2014, the Foundation has pumped more than $950,000 back into the community.

Calder says the Foundation will have an expo stand at the finish area at Elephant Hill Winery, where they hope to engage with as many of the 4000-plus competitors and the thousands more supporters as possible.

People wishing to take part in the event are encouraged to enter as soon as possible as numbers are limited. Competitors can choose from the full Air New Zealand Marathon, New Zealand Sotheby’s International Realty Half (21km), Cigna 10km and a 3km kid’s run, with the course taking in some of the best scenery in the region.