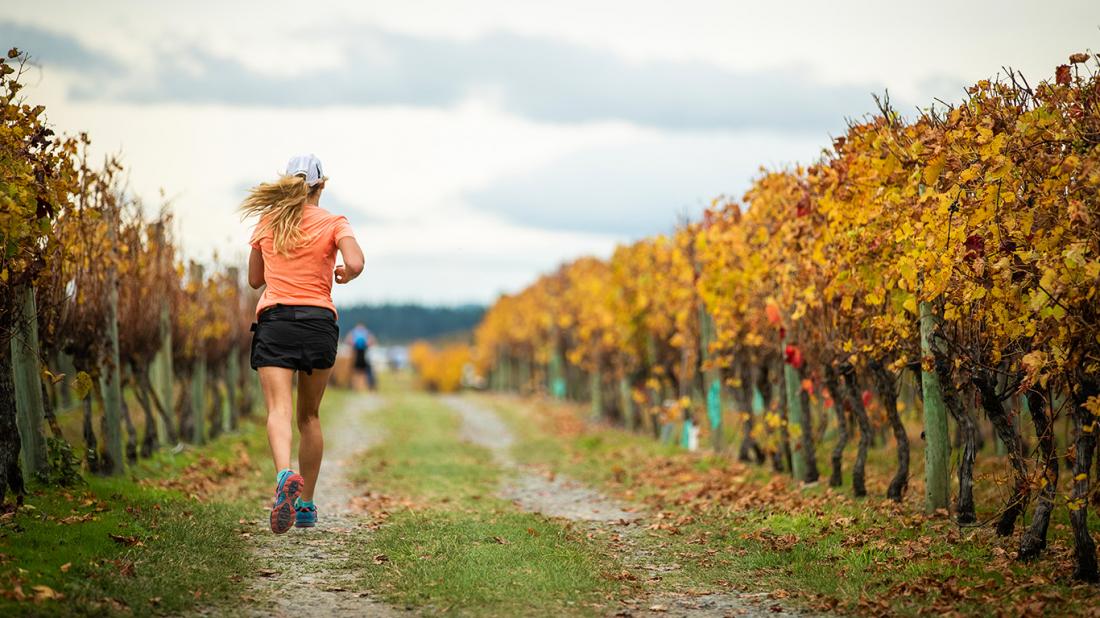 Perfect conditions greeted the 4,300 participants at the Air New Zealand Hawke’s Bay International Marathon this morning, with little wind, high light cloud and warm autumn morning temperatures making for an idyllic setting as runners made their way from their various event start lines to the finish at Sileni Estates Winery in Hastings.

Highlights on the day included the amazing sight of multiple Rio Paralympics gold medalist Liam Malone completing his first marathon, overcoming incredible pain along the way. There were record breaking times in the men’s New Zealand Sotheby’s International Realty Half Marathon and women’s Cigna 10km races, and amazing stories throughout the fields, including kidney transplant recipient Matt Toole (Wellington), who completed the Cigna 10km event in style this year.

Nick Horspool (Wellington) took out the men’s Air New Zealand Marathon in 2:32:51 as he prepares for the Oceania Marathon Championships on the Gold Coast next month.

“My dad moved to Havelock North a couple of years ago, we have been coming up with the kids for visits and I have always wanted to do this event and the timing worked out well this year. Today was fantastic, nice and calm, perfect conditions, I really enjoyed it.

“I prefer to run on trails so I am used to running on the gravel, it keeps it interesting with lots of different parts to the course. I had some family out on various points on the course, and the last 10k was great, lots of people and lots of the half marathon people cheering us on, it was good.”

Women’s Marathon winner Sabina Paris was on her first visit to Napier, the San Diego native made the trip down from her current base in Auckland and loved every minute of the journey, coming home in 3:11:19.

“It was such a beautiful course, I had kind of a rough weekend with training and the goal really was just to finish. The music, the crowd everyone was just so motivating on course, it was absolutely beautiful and stunning, I loved it.”

Without question though one of the highlights of the day was the sight of multiple Rio Paralympic Games gold medalist Liam Malone bounding down the finish chute into Sileni Estates Winery on the same blades that swept him to glory in 2016 – albeit they were a little worse for wear after the longest run that Malone has ever taken on.

“That is definitely one of the tougher things I have ever done, it was easy in terms of my fitness, that was fine. I ran the first half in 1:45 which I was really happy with and was feeling good, but I was struggling to hold the pain anymore and it really slowed me down. I had to stop, walk, then stop, then try and run and it was just too much, it was challenging for sure.”

Malone is renowned for his positive attitude and fighting spirit though, and it served him well on such a draining day, as he finished in 4:47:28.

“There was never a doubt in my mind that I was going to finish, I was always going to finish, I could have crawled. Along the way I was skipping because I was in so much pain in my left leg, I was trying to take the weight off it. I broke it into small milestones in the distance and said – I have to get to there, and then the next one and I just kept going like that.

“I had a great support crew, with a medical team with me the whole way. Everyone who ran past me was giving me support too which was really nice.  High performance sport is competitive, and you are not there to make friends, but an event like this has a community feel to it and you bond over a shared experience, which was fun.”

The Malone sense of humour was close to the surface too, as he joked at his own expense and yet at the same time encouraged people to take nothing in life for granted.

“I didn’t trip, not once, which was really good for me – normally the smallest of gradients I usually trip over every day. That was a whole lot of fun, I am never going to do one again – unless I can design some blades and sockets that reduces the pain I experience. I wish I could do another one though, and I wish fully-limbed people would take advantage of the opportunity to go out and do lots of exciting things. I would do anything to be able to pick anything and just train for it.”

“I’d say we have the best weather in the country today, you can’t ask for more, overcast, not too hot and maybe a slight head wind. It mixes things up though when you run around and through the vineyards, it is a bit unique and pretty special to be in this part of the country doing a half marathon here and racing your guts out in front of so much support on the course, it was great,” said Jones.

Matt Toole (Wellington) raced with a new kidney spurring him on in life, as he took on the Cigna 10km event. In 2017 Toole completed the same course with his then kidney operating at about 10%, he has since had a full transplant and returned with the aim of finishing in better shape to greet his mum at Sileni Estates Winery.

“That was a bit of a struggle I suppose, but I felt a lot better, the race was still as tough as ever, I am a bit disappointed not to get the time I was aiming for because I am a competitive type of guy. But I still beat my time from last year, so I am happy with that. I feel better at the finish line so yeah, it is a good achievement. I was almost in tears at the end, but I had nothing left to bring out, it was great to see my mum at the finish line, so that was good.”