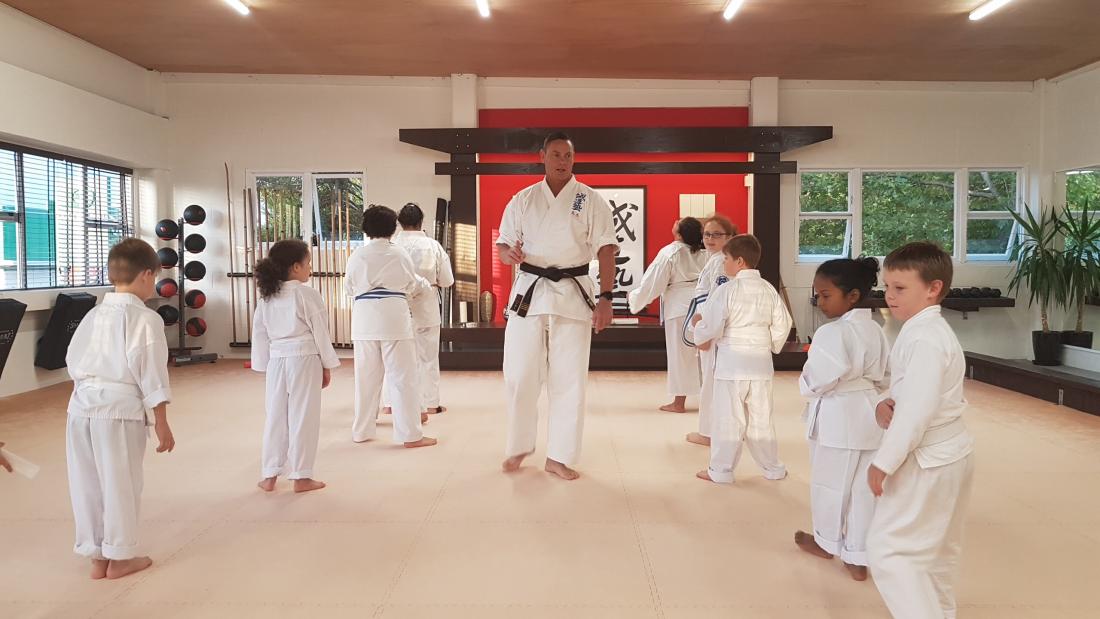 Graeme Jarvis is about to take a few more nervous steps towards his goal of running in the 102km Tarawera Ultra, by taking part in his first marathon when he lines up at the Air New Zealand Hawke’s Bay Marathon next month.

The 51-year-old is a familiar face in the Upper Hutt community, working for the past twelve years at the popular Upper Hutt Cossie Club (currently Operations Manager) and running his own Karate Dojo.

Used to a high level of discipline and organization in his life, Jarvis does however admit to a ‘clerical’ error on his part that almost fast forwarded his entry into the famed Tarawera Ultra, held in February each year.

“It was one of my Karate students who saw my Facebook post and messaged me in January saying ‘good luck with your run in a few weeks’. I wondered what they were on about, I was nursing a torn calf from an earlier run and had entered for 2020 – at least that is what I thought I had done!

“Turns out I had entered for 2019 which was both embarrassing and a bit humorous. I immediately spoke to the organisers and they refunded me my entry fee and I am deferring to 2020 as per my original plan!

“Once I got through that embarrassment I thought with a year out I better do some proper planning, so I got myself into physio and pushed hard on my recovery and I quickly pinpointed the Hawke’s Bay Marathon as my first stepping stone or building block which was only just over three months away.

“I have never run a 42.2km full marathon and Hawke’s Bay seemed the best logical goal to get in and get some work done, given how close it was and it looked a breathtaking course and extremely well-run event.”

Jarvis is by no means a regular long-distance runner, so is heading into the unknown, but can fall back on his Karate training and the discipline learned in 24 years of dedication that has taken him to 4th dan black belt.

“I've always done a little bit of running most weeks but probably average 5-6km runs just to help stay fit and combined with karate it has helped me maintain a certain fitness level. I enjoy it - some days not so much, and a long time ago did a few half marathons on the back of little training, just to tick it off to say, ‘I’ve done it’.

“They were challenging but I have a never say die attitude which I have learnt from my Karate background so not finishing is not an option and I’m not the fastest of runners but not the slowest either. Not that that matters to me either way.”

Jarvis has since stepped up that training, with both the upcoming debut marathon in mind, and longer term the longer 102km Tarawera Ultra.

“With the all clear from the physio I quickly got into running 40-50km per week and it was tough, but through my karate journey I know that you have to do the work and have the right mental attitude.

“That means discipline around training which now consists of early morning 10km runs, a longer run on Saturdays and through my reading about the Tarawera and some of the training required, I am also doing three strength workouts and three treadmill runs a week.”

Jarvis is already a busy man and juggle’s his diary to get the necessary work in.

“With having to balance any training around my work and Karate these are all early morning 5.45am training sessions. Two weeks ago, I ran the Upper Hutt Incline from Upper Hutt to the Wairarapa and back (35km) which was my longest ever run. After these long runs I often think about the 42.2km or the 102km and whilst they seem daunting I have never felt like not pursuing this goal.”

A busy schedule and a commitment to such a lofty running goal requires support from home, something he is getting big time from wife Kate. “I just keep training rain, hail or sunshine and I'm lucky I have a supportive wife - who incidentally is entering the Hawkes Bay Half Marathon. I am very proud of her as I kind of pushed her into some leisurely running but hopefully I have inspired her in some small way, and that will be a new milestone for her as well. Her extra effort has inspired me also!”

With over 120 students training each week at the Dojo, Jarvis has plenty of reasons to inspire.

“I post and share some of my runs on my Facebook page and hope that my journey may inspire my students or anyone listening or watching. Whether that’s going for a small run, putting themselves out there to make a better life or just putting them out of their comfort zone or simply just telling a story that anything’s possible and not impossible. I am a novice, I’m not the fastest, I’m not anything super, but with commitment and effort you can achieve your goals or do anything.”

Once the Air New Zealand Hawke’s Bay Marathon is ticked off on May 18, Jarvis will then refocus on the 2020 Tarawera Ultra (102km) in Rotorua, but for now he is all eyes on the 42.2km through the stunning Hawke’s Bay and the finish line at Elephant Hill Winery.

“After the Hawke’s Bay Marathon my next goal or stepping stone prior to the Tarawera 102km will be the Taupo Ultra Marathon 74km in October, although I am a little worried about the much hiller course but haven't looked that far ahead yet with the Hawkes Bay event looming.

“I've read how even some of the professional ultra-marathon runners get in that dark space in their heads on these endurance events, where their body or mind may be telling them otherwise and they have to fight their way out. That side of it excites me as I want to be challenged. It may not end up being pleasant at the time, but I trust my mental toughness to get me to the finish! Well that's my vision!”